On December 19th 1972, mankind left the lunar surface for the last time. It was unspectacular – in a way that lofting 12,000 lb of men and materiel into orbit on a pillar of fire can be. Viewing figures for broadcasts from the Apollo 17 moon exploration mission were low, and as the New York Times put it, “pictures, no matter how incredibly good their technical quality, of barren moonscapes and floating astronauts become ordinary and even tedious rather quickly.”

Since Gene Cernan left his bootprints in the Taurus–Littrow valley, the moon has been visited by unmanned spacecraft from the Soviet Union, the European Union, Japan, India, the People’s Republic of China and Israel. A successful moonshot has become an international badge of honor proclaiming, Yes! We are a real country – look, we have a space programme.

But while these missions have been of questionable scientific and commercial value so far, that is about to change.

In offices and labs across the planet, scientists and politicians are working on plans to exploit our nearest celestial neighbor for profit.

In 1979, an idealistic document known as the moon treaty was signed. Among other things, it was formulated to prevent the establishment of military bases on the lunar surface, prevents any nation from claiming ownership, bans altering the environment of celestial bodies, and requires an international regime “see to the orderly development and management of the resources and sharing of the benefits from them.”

The moon treaty was signed by only 18 states, and ratified by seven – none of which appear to have any ambitions towards lunar exploration.

For anyone else, the moon is fair game.

The moon is a long way away, and still very difficult to get to. Even today, commercial rocket launches to near earth orbit have a failure rate of between 5% and 13%, and failure is expensive. To justify the cost, there needs to be a compelling reason to go back to the moon – one more persuasive than national bragging rights, tourism for the world’s super-rich, or the desire to live in a science fiction novel.That reason is resources which are rare on earth but relatively abundant under the lunar surface, and the energy they can help mankind to create. 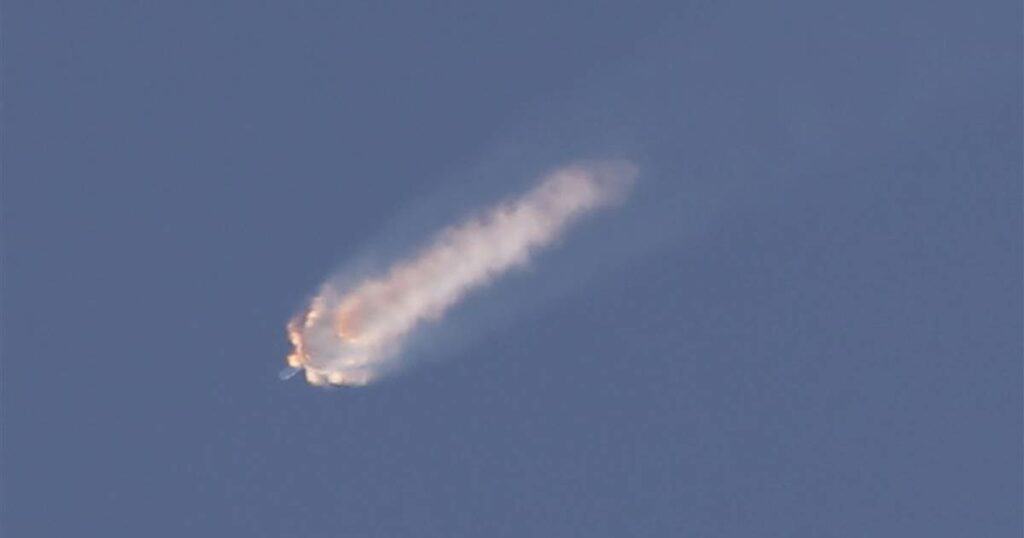 Everyone has accidents. When you’re a billion dollar rocket company, those accidents are bigger

On earth, humans are facing an energy crisis. Eventually, fossil fuels will be depleted, and although there is some debate as to when this will happen, some estimates are as low as 50 years. In the meantime, coal and oil derived power continues to pollute the earth’s environment, contributing to smog and acid rain, and may be responsible for up to 800,000 premature deaths each year in Europe alone. Nuclear fission has proved itself messy and dangerous, while renewable energy sources are facing a barrage of scepticism.

Nuclear fusion is the gold standard of energy production – promising clean energy through a number of highly efficient processes, which produce negligible pollution, and very little high level radioactive waste. Most proposed fusion reactors rely on Helium 3, a light, non-radioactive isotope of helium with two protons and one neutron. While exceedingly rare on earth, it is abundant on the moon. The race is on to extract it and bring it back safely to earth.

Other resources likely to be in demand include titanium and rare earth metals. Lunar construction projects will rely on silicon and aluminium, both of which are abundant in the lunar regolith.

To transport any mined resources back to earth, spacecraft will need fuel, and this can be produced in-situ. Water ice in the shadowed regions near the lunar poles can be extracted using lightweight tents and heating augers, and separated by electrolysis into the hydrogen and oxygen needed to launch a payload from the surface.

Who’s in the race?

Unsurprisingly, the promise of limitless, low-cost energy and untold wealth has many parties interested, although few possess the technical expertise to make the dream into reality.

In 2007, search engine giant, Google launched the Lunar X prize – a $30 million challenge for privately funded teams to land a robotic spacecraft on the Moon, travel 500 meters, and transmit high definition video and images back to earth. An initial deadline of 2014 was eventually extended to 31 March 2018, and although the prize went unclaimed, the competitors can give us an idea of which companies have the best chance of establishing a presence and a mining operation on the surface.

Of the 33 original entrants, 13 withdrew from the competition, and corporate cannibalism led to a further reduction of the pool.

The first to lift off, the Beresheet Lander, from Israel’s SpaceIL, crashed on April 11 2019, spilling microscopic and hardy tardigrades onto the surface. The company has since abandoned plans to land on the moon.

Isle of Man based Odyssey Moon – the first to sign up to Lunar X – was bought out by Space Services Inc. in 2014 and has not issued a press release since.

From the original Lunar X start, the only real contender left is Moon Express,founded in 2010, and which, in 2016, had plans approved by the FAA to deliver commercial payloads to the moon. The company worked with NASA to conduct first commercial flight demonstration on the “Mighty Eagle Lander”, has reached an agreement for launch sites at Cape Canaveral. Its first mission is planned for July 2020, with a scouting mission and a sample return mission yet to be scheduled.

But private companies aren’t the only players. In January 2019, China successfully landed a spacecraft, and robotic rover, on the far side of the moon, and its space industry is forecast to be worth $2.7 trillion by 2040. The communist nation intends to, “establish a lunar presence to carry out manufacturing in space.”

India’s Chandrayaan 2 lunar mission, which aimed to search for Helium 3 deposits, failed when controllers lost contact with the craft shortly before touchdown on September 7th. It has since been seen lying on its side. 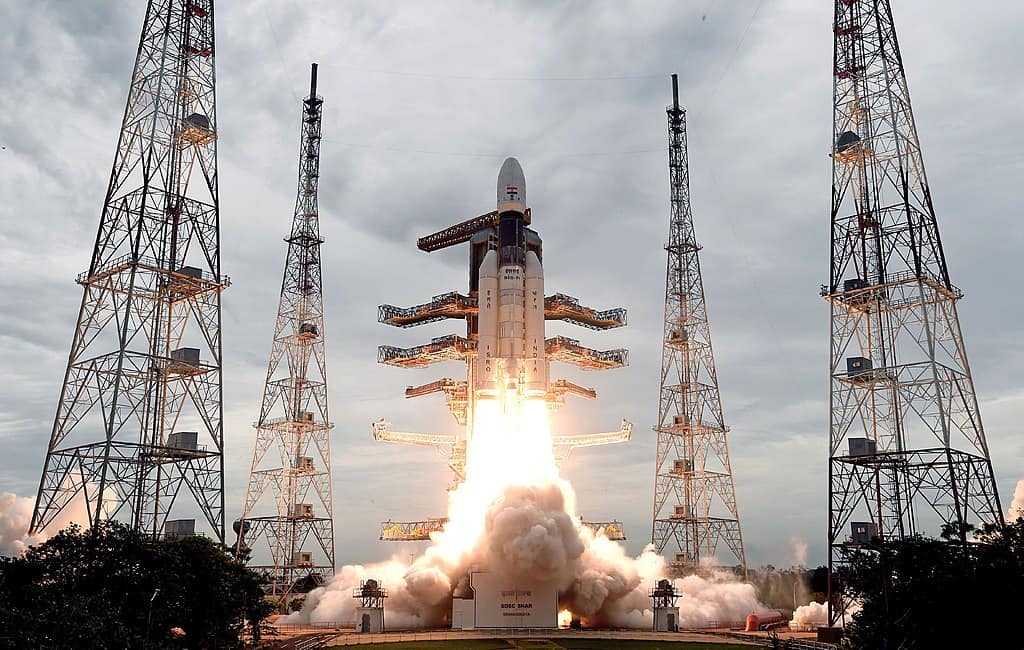 As with many things, Chandrayaan 2 was far more impressive when erect | Credit: https://twitter.com/isro

Will excavations be visible from earth?

The moon orbits the earth at a distance of around 250,000 miles. With a clear, unobstructed view, the smallest detail visible to the human eye would need to have a diameter of approximately 200 miles with an area of over 30,000 square miles – approximately the same size as Switzerland. The largest industrial area on earth is Jubail City on the east coast of Saudi Arabia with an area of 355 square miles.

Even with an earth based telescope, making out excavations would be difficult. The Dawes limit, which governs the resolving power of telescopes, describes the finest detail that can be observed through a telescope under ideal seeing conditions. Using an affordable telescope with an 8” primary mirror, the smallest visible object would need to be at least three quarters of a mile in diameter.

Regardless of who lands first, it’s almost certain that some kind of small scale mining operations will take place in the next ten years. Unfortunately, no detailed plans have yet been released by any of the realistic contenders. As yet, we don’t know whether miners will be entirely robotic, or whether there will need to be humans in-situ for monitoring and maintenance. But with regular return flights between earth and its natural satellite, there are possibilities which haven’t even been considered yet. 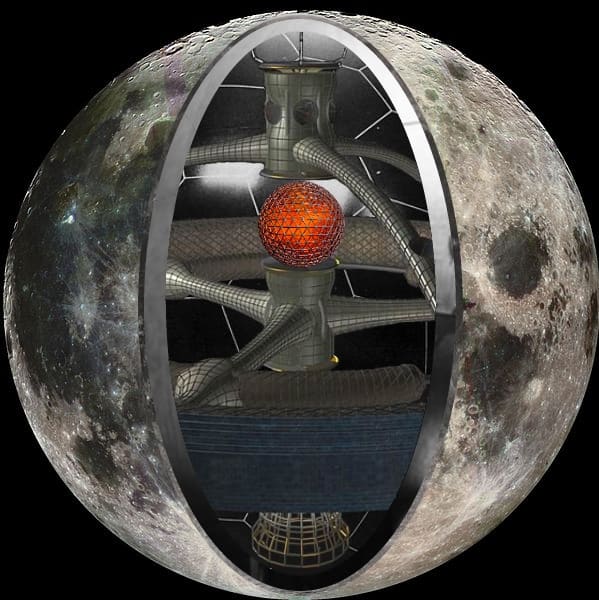 Like… maybe the moon was an alien spaceship all along? | Credit: <Credit: Bromley86